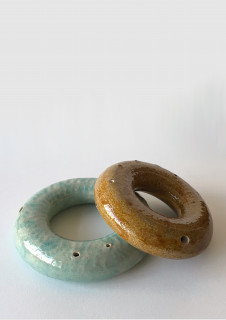 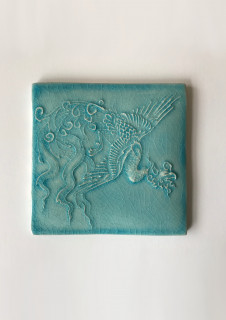 Number and Clay. At first glance both feel distant from each other, paradoxical even. The former an abstract, objective and metaphysical framework with which we create order; while the latter an elemental, physical and ubiquitous reminder of chaos as 'dirt'. I believe it to be the role of the craftsperson to churn the seemingly immiscible in order to concoct harmony and it is in this intent of bridging the twain that I ground my exploration.

While animating the physicality of clay through number, I have been keenly aware of two paths of exploration along the lines laid out by the Quadrivium: 'Number in space' or Geometry, and 'Number in time' or music. The exploration has been directed toward the creation of a continuum spanning architectural ceramics, objects of daily use and musical instruments. As an earth mason, clay -both as a material as well as a metaphor- is what forms the core of my practice. The extension of which into the domain of ceramics feels almost gravitational for me.

In terms of geometry there have been two conscious considerations: To represent as many 'number families' through the works (families of three, four, five, seven, nine and so on) and to give rise to 'inter-family dialogue'. We all have well-established customs around interaction and communication within self-contained bubbles. What happens when these bubbles interact? What sort of conversations does it give rise to? How do an eleven and thirteen chat if they don't share a common language? Or do they? What do a six, seven and eight talk about? In a culture that encourages us to stay within the familiar, how do we celebrate differences?

This dialogue has been given shape through carved jaalis (pierced screens), relief slabs and a curved variation of tiles (named 'bump' tiles for obvious reasons) that allows for geometrical legibility within a monochromatic existence. Along with these core components, traditional Muqarnas units, pottery and decorative tiles have also been explored. Seen number has been underscored by heard number through a few versions of ceramic musical instruments either of the percussive variety(tongue drums) or of the woodwind variety (clay-wind in this case).

Through these complementary explorations, I intend to understand and demonstrate the possibilities and boundaries of clay's expression when it encounters pure order. 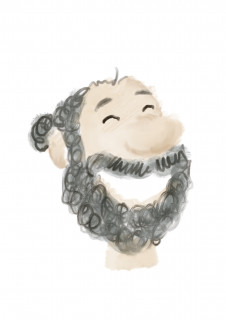 Sourabh is a mason/architect and schoolteacher from India.