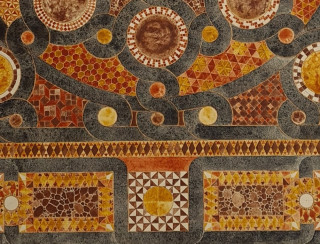 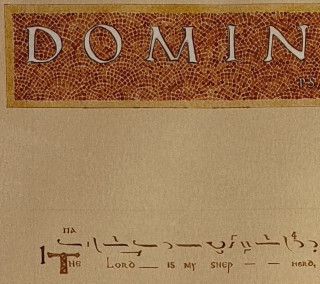 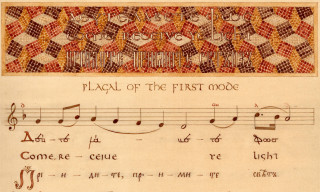 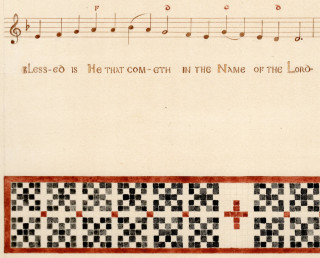 The Apolytikion of Lazarus Saturday 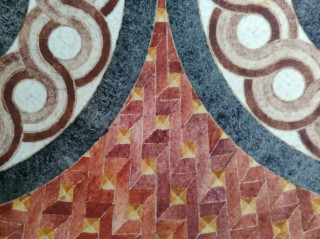 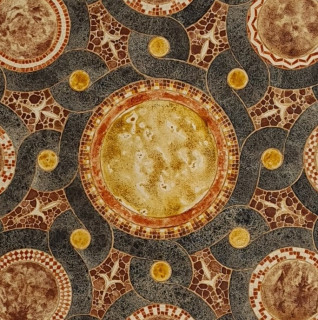 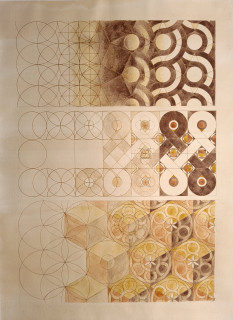 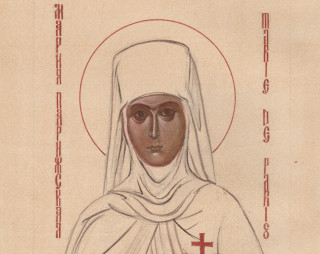 'Love to the end'- Icon Study of St. Maria of Paris

My project explores the liturgical arts of the Orthodox Church. However, it was not a detached intellectual exercise any more than loving someone in a relationship is. Instead, it was a visceral response to an encounter in a monastery in Greece, (and- to my great surprise- a poor and humble parish in London), where the haunting, otherworldly beauty of the Ancient Church captivated me. Intoxicating yet sober, ravishing yet chaste; the only way I can describe it is life-giving.

Arts in the Church aim not to entertain nor evoke sentimental emotion but to express the inexpressible. Manifesting the Kingdom of Heaven is not speculative but participatory, inviting an ever-deeper relationship. This makes liturgical arts inherently and inseparably theological in the Orthodox sense: not theoretical but experiential and relational. Not talking about the pool but diving in, as it were.

Simply put, my project processes the past, present and future of my encounter in an Australian context. I.e. how to practice liturgical arts in Australia today, in both fidelity to Tradition yet also as intelligible to contemporary Australia? (In a visual language understandable by the average person.)

Most Orthodox liturgical arts in Australia fall short of this, nostalgically recreating the Old Country rather than sincerely engaging with surrounding society as it is. This is problematic because you cannot be true to yourself by pretending to be someone else. Yet equally problematic are contrived attempts to “indigenise.” Garnishing, for example, Syrian or Russian liturgical arts with Australiana is superficial at best and nativist at worst.

I hoped to break the deadlock by returning to the stylistic source of ancient Christian cultures; Late Rome and Byzantium. The Church was born in an Empire whose imperial artistic style was universal and timeless, much the same from Britain to Mesopotamia, yet

always reflecting the local character. Baptising these arts, the Church adorned herself with them to sincerely engage surrounding society in a visual language it could understand.

Contemporary Australia parallels Rome of old in both demographic diversity and materialistic hedonism. Since this transfigured imperial style resonated with Late Antiquity, I wondered whether it might also resonate with Australia today?

In my project I worked with three liturgical arts; music, architecture and iconography. These are theology in sound, form and colour respectively, each opening a window to heaven as part of a seamless whole: Musical manuscripts in Western and Byzantine notation allowed me to plumb the depth of the liturgical cycle, geometric church floor designs helped me contemplate my own past, present and future, and iconographic studies aided reflection on various saints who witness to the current pandemonium.

Geometric Roman mosaics are a running theme. Rendering them in local pigments was like trying to learn a local language, through which I made a modest overture to Aboriginal art and tried to embrace the Australian landscape.

Returning to the crux of the project, my work represents neither personal closure nor a definitive roadmap for liturgical arts in Australia. They are simply the first steps on a journey.

I am a student finishing the MA by distance from Australia, where I am partly from.

I have always loved art but never had the insight or the opportunity to pursue it before discovering the Prince’s School.

My work is mainly egg tempera painting of manuscripts, floor designs and icon studies from the tradition of the Orthodox Church. Stylistically, I draw on the otherworldly beauty of the liturgical arts of Roman Late Antiquity/Byzantium.

Basically, I try to do traditional arts here and now; (hopefully) aligning with that same ethos to speak the same truth in today's idiom. Ultimately, I care about real world application; experiential rather than speculative, and resonating on the intuitive rather than the merely cognitive level.