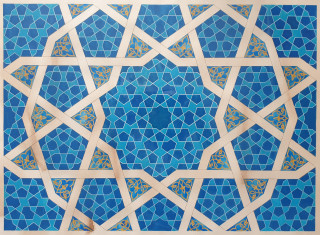 Rameesah (A Bunch of Flowers) 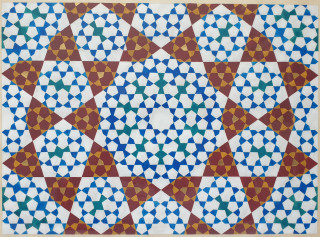 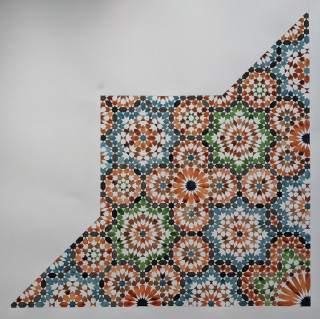 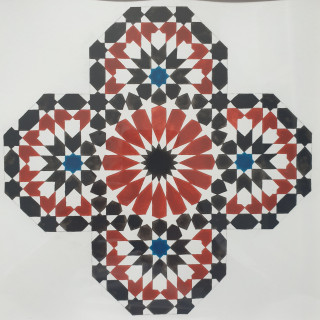 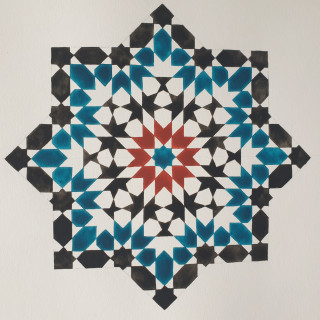 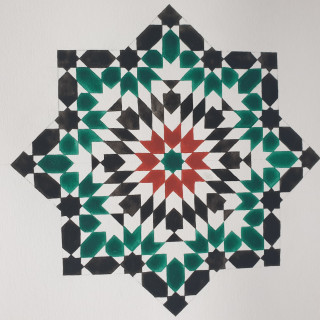 “God is beautiful, He loves beauty”, the Prophet Muhammad

Islamic geometry provides the viewer with a chance to be in a state of visual dhikr (the remembrance of God/repetition of God’s name) providing that he/she is sincere and humble and approaches it with an open heart. This geometry is an expression of the sacred and shows that everything emanates from the centre and everything is returned to the centre. This is a central aspect of the remembrance of God, of dhikr, in which repetition, another aspect of geometry, particularly that based on regular grids, is also a key element.

“Unquestionably, by the remembrance of Allah, hearts are assured." Qur’an 13:28

Being a Hafiz of the Quran (someone who can recite the Qur’an by heart) and having studied Islamic sciences I find it very important to reflect this in my work so I have chosen two fields of Islamic geometry to work with.

The relationship between the primary two circles in zellij (proportionally Jupiter and Mars) creates the shapes for the skeleton of Moorish zellij patterns, while the rest of the ‘body’, that is, the pattern, grows from this skeleton. I would say that this is a perfect example of how God’s work is visually represented in architectural and craft beauty. Other types of zellij that are based on grids are also perfect examples of repetitive dhikr, that is when it is possible to reach closeness to God through repeatedly vocalising God’s name. This is similar to showing visually that everything comes from the centre and returns to it, a constant reminder of both our origin and our final abode.

The pentagon can also be found in God’s larger creations e.g. The dance of Earth and Venus around the Sun.

Ultimately, Islamic geometry provides the viewer with a sense of the sacred and thus with remembrance, true remembrance of the One God. It is a reminder of worship or one may say that the geometry is “worship itself” if viewed with the correct intention. I believe that mosques and other holy places should always be beautified with arts and crafts that bring the worshipper closer to the Divine.

Mohammad Abdul Aziz is a scholar in Islamic sciences, theology and jurisprudence. The initial stage of his Islamic studies began in Bangladesh, where he was mainly focussing on memorising the holy Qur’an. At the age of 9 Aziz had completed his memorisation, acquiring the title of Hafiz. His early interest in Islamic art began when he was introduced to the two scripts of Nasta’liq and Naskh during his years in Bangladesh. This initial interest, motivated him to pursue his path in Islamic traditional arts, including the arts of geometry and Islimi. He later graduated from the Institute of Islamic Education, Dewsbury, having learnt the seven dialects of the holy Qur’an and Islamic sciences, receiving the title of Qari’ & Alim.