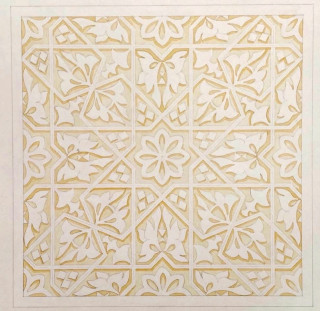 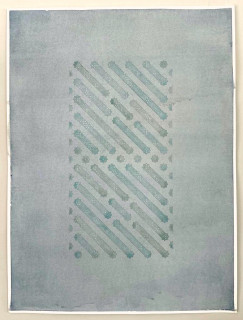 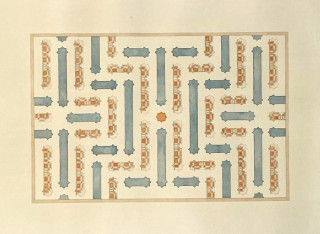 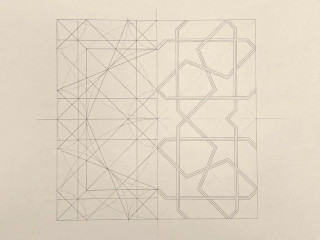 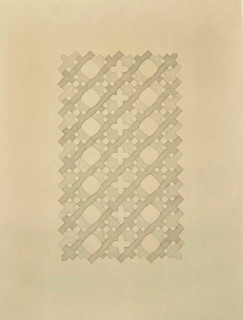 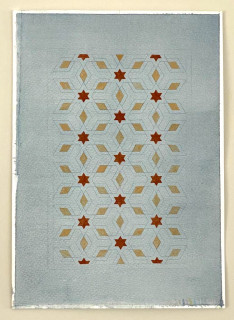 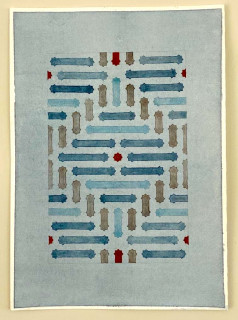 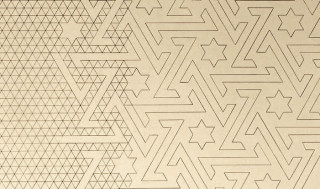 My research is based on the Balad, the old city of Jeddah. It explores the resident’s sense of self, their relationship to the Divine and the dialogue between city and desert. I tried to recreate the patterns of the Balad in order to understand the principles that give them form.

I started my research by interviewing different people involved in the restoration and preservation of the Balad. They suggested several books and journals, from both Arabic and English sources. Through the books, I discovered that the Balad is comprised of merchant families who were sustained by the influx of pilgrims travelling to Mecca. Some of these families had once been pilgrims themselves, settling in Jeddah and adding their own flair to the city. They were mostly devout Muslims, but there was also a small number of Christians and Jews. Spare rooms for wandering dervishes and painted panels with verses by the famous saint Al-Busiri, prove that Sufism was part of their lives.

The families of the Balad lived in towering houses built of coral stone, protected from erosion with lime plaster. In accordance with Islamic principles, the house was divided into public and private spheres, but this was more porous than expected. The meeting point between the street and the home was the roshan (a wooden screen). The function of the roshan was to facilitate social interactions with the outside world while maintaining privacy. This allowed for neighbors to chat without being observed and for shopping from street vendors.

Once I had gathered enough information about the buildings themselves, I felt it was necessary to experience the patterns for myself, as the information was technical and lacked the depth of immediate experience. I started drawing the underlying grids for the gypsum carvings and quickly discovered that all the houses used variations on the four-fold and six-fold. I realized that, despite the diverse influences that span from Morocco to India, the houses of the Balad are harmonious, because they are linked by a theme common to all Islamic cultures: geometry, plant motifs and abundance of adornment (which alludes to the unity and mercy of the Divine). Despite their differences, the patterns are consistent because of the similar techniques used by the craftsmen. There is a sense of spontaneity and playfulness, the lines look almost clumsy. In many cases it is easy to see the craftsman changing his mind mid pattern, the scratches are left visible.

While studying the houses of the Balad I was struck by the obvious nomadic influence in these bastions of settled life. The desert crept in with every carpet, wall hanging and cushion. I decided to follow this thread all the way to Alula. While in Alula, I set out to interview some of weavers and discovered that one of them was semi-nomadic (the others had nomad mothers or grandmothers). While speaking with the weaver I was moved by her perceptiveness and clarity. There was no division in her mind between the religious laws that applied to humans and the natural laws that applied to birds, plants and animals, her life seemed totally integrated within that greater cycle. I observed these characteristics in the other weavers too, even though they were raised in the town of Alula. Maybe it is because they are recently settled? Or maybe the pace of life in the town is not very different from the desert? According to the weaver, the nomadic life is based on cycles. They predict the advent of the dry or rainy seasons from the rising and setting of certain stars and follow the rain to pastures throughout the desert.

As we talked, the weaver demonstrated a traditional nomadic weaving technique called Sadu. She also showed me some of the plants that she used to dye the wool. When I returned home, I experimented with dying wool thread and camel hair yarn. The colours were always unpredictable, as is to be expected from natural dyes.

As for my own work, I separated the biomorphic elements from the overall pattern and recreated them geometrically, with a compass and edge, to reintroduce harmony and proportion. I restored the biomorphic motifs to complete my patterns and enliven them. Initially, I painted in conventional watercolour and limited myself to a single colour, to draw the busy elements of the pattern together and integrate them. Influenced by my journey to the desert, and in an attempt to reconcile and bridge sedentary and nomadic life, my last pieces combine both roshan patterns and motifs taken from dresses and carpets. To further incorporate the local environment into my pieces, I used handmade watercolours made from local stones and desert fungi. I was torn by whether to keep my pieces simple and legible or heavily embellished, I chose the former to maintain the spirit of simplicity and purity of the desert environment.

In conclusion, the static crafts of the city and the portable handicrafts of the nomads are linked. There is a natural continuum from the desert to the city and a sense that Divine laws apply to all. On my journey I discovered that the simplicity and hardship of Bedouin life masks profundity, theirs is a life governed by essentials and order, which is reflected in their craft. And all is infused with Barakah, Divine grace and abundance.

It was from the old city of Jeddah, its streets adorned with patterns reflected in the gypsum and wood carvings that my journey started. This journey led me to carpet weaving and to embroidery and inspired me to collect dyes and pigments drawn from the desert. I tried to combine the motifs of the city with Bedouin crafts, thereby reflecting the movement between the sedentary and the nomadic. Ultimately it was a journey which took me back to my roots, and to the Bedouins, whose lifestyle of hardship and simplicity masks profundity. Theirs is a life of essentials and order, infused with Barakah, Divine grace and abundance. Perhaps, in the end, Cain has something to learn from Abel?