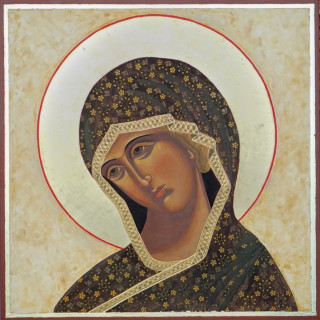 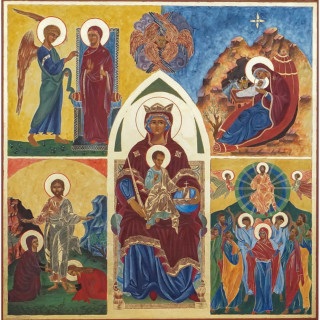 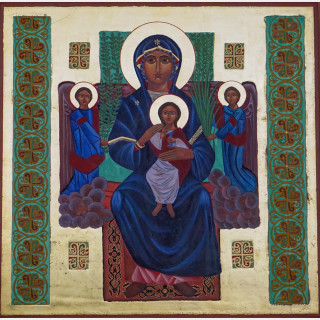 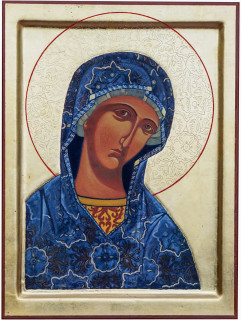 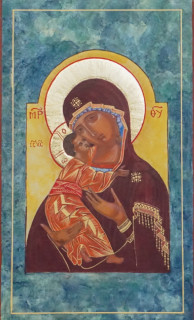 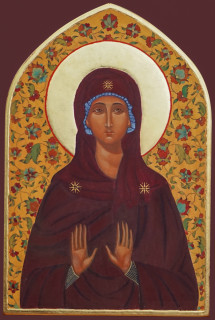 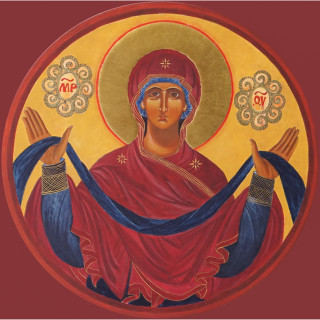 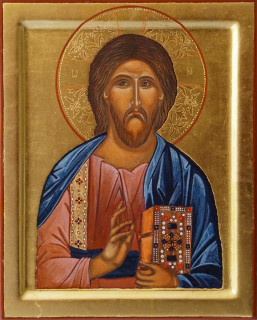 For my final year project I decided to explore the many ways that Mother Mary is represented in different cultures. An often-overlooked spiritual figure, she unites various countries through the universal nature of her motherly qualities. Mary has globally been a symbol of femininity, purity and hope for two thousand years. Her qualities transcend cultural differences and unite us all on an instinctive level, which has been the reason why it is possible for her to be seen in many countries’ traditional style of art. She is called the Mother because she is not only the mother of Jesus, but of all humans on Earth.

The reason I chose to explore the multiculturalism of Mary is because I can personally relate to her due to having grown up with both French and Algerian culture. Although there are many differences, it is clear that all people can be bonded beneath the surface of civilisation, where human souls are essentially all the same.

Because of her many hardships, Mary is often portrayed bearing a melancholy expression. She appears to be a woman whose heart has been pierced by pain, who knows what it means to suffer from poverty, to be marginalised from society and most of all, who stood by her crucified son. The total sum of her suffering manifests itself in her gaze in most icons depicting her - her hand becomes a symbol of offering of compassion to the world.

Most icons of Mary include three distinctive stars: one on the forehead and one on each shoulder. These represent the fact that she was a virgin before, during and after Jesus’ birth. Under these stars, her eyes reveal a virginity that lights up her whole being. Therefore, virginity and motherhood can coexist because of Mary’s utmost purity. She is almost always pictured holding her son Jesus, in his infant form. However, his face always seems different to that of a ‘normal’ baby, and this is due to the fact that he actually represents Jesus as both young and old.

Mary is a symbol for numerous things, so my main goal when creating icons of her was to capture and convey the holiness of her essence, before all. The physical painting technique can almost be considered secondary , as the most important aspect of iconography is that the icon painter must have a strong connection between themselves and the holy figure they wish to depict. Iconography, unlike most other forms of art, is impersonal and must not include any characteristics that may make allusion to the iconographer’s individuality. Instead, it is a humble offering to the world, an attempt to convey the authentic nature of an important religious figure, in the most powerful way possible, for the benefit of others. For this reason too, the iconographer does not sign their name, since most of the inspiration and credit goes towards the holy figure. The best and most respected icons are those in which the creator had a veritable spiritual bond during the artistic process.

For my painting technique, I chose the Russian traditional Byzantine method of making icons, a century-old technique. Icon painting is about preserving tradition and passing it along generations, which is why I stayed as true to this technique as possible. My materials consisted of a gesso board(made with rabbit skin glue and marble dust), natural pigments, egg tempera paint and squirrel brushes - all of which have been continuously used for hundreds of years. To honour the cross-culturalism aspect of Mary, I explored and became inspired by many different artists and cultures from across the globe. One of my most prominent works named ‘Bunda Mariam’ is a cross between Russian iconography and traditional Indonesian art. After travelling to Indonesia for a month, I studied the Javanese culture and arts to incorporate it into my work. The painting resulted in an artistic European style, while Mary wears the traditional Javanese robes called Batik. These repetitive patterns symbolise eternal life and the woven flowers represent Mary’s grace and femininity.

Another of my main paintings is called ‘Five Joys of Mary’. This depicts the five most important stages of Mary’s life which are : the Annunciation, the Nativity, the Resurrection, the Ascension and the Assumption. This painting is made in the Byzantine art style, inspired by the 14th century panel painted in the holy monastery of Saint Catherine in Sinai, Egypt. Another one of my paintings is a reproduction of the Coptic-style icon painting made by the iconographer, Isaac Fanous (1919-2007). Then I wanted to share the Kabyle culture of Algeria, which my family is a part of, because it has been buried and forgotten over the years. This one includes Mary wearing the traditional Kabyle ornamental headgear.