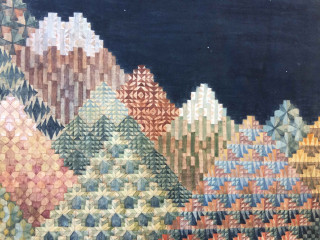 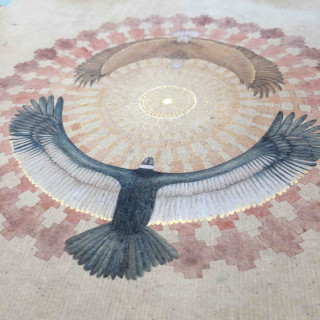 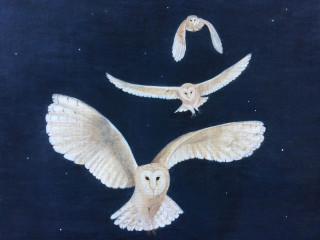 Owls, birds of the night 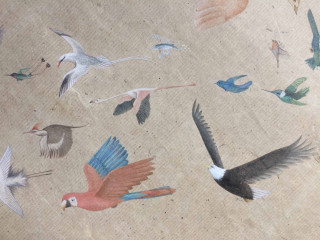 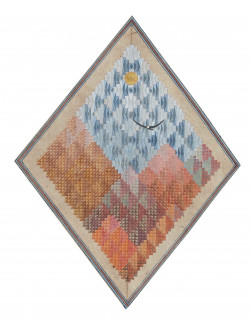 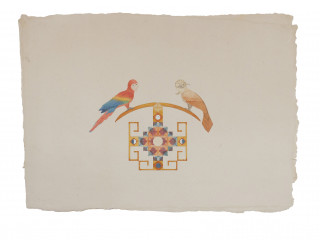 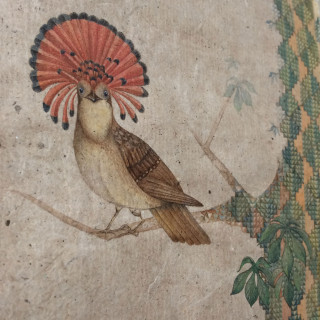 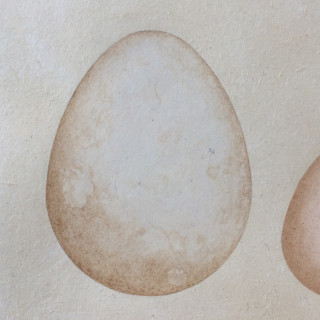 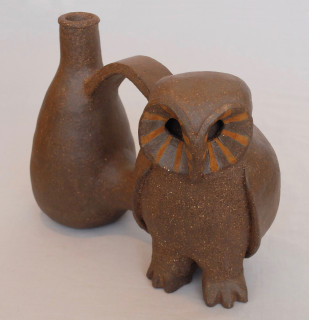 My MA Part Two work comprises two halves. The first one is an exploration of ceramics as a material which involves the four elements and also as a process that triggers all my senses. From observing archaeological pieces, many of them found in sacred places as ritual offerings, I have tried to find the mechanism and construction method of whistles and double whistle vessels that ‘sing’ in response to the movement of the water they contain. The purpose of these whistles is to imitate birdsong. Music and musical instruments have served as the links between the feminine and masculine and are a manifestation of the cosmological order. Sound can be understood as an interior and contained experience while sight is the opposite, it is exterior. Walter Ong states “I regard an object, but sound approaches me; the eye reaches, but the ear receives(...) Sight is the sense of the solitary observer, whereas hearing creates a sense of connection and solidarity.” I experienced this myself when I was able to work with the ceramics for a few months in the studio. Every time the bottles whistled, someone in the studio would whistle or answer back. Birds are steeped in symbolism. Different birds represent our respective strengths and weaknesses, as well as being considered messengers of the spirit of the earth. They play central roles in many myths, legends and worldviews.

When we see a bird fly our mind frees; when we listen to its song our spirit frees.

The making of ceramics has been a fascinating journey which was interrupted by the pandemic, since I couldn't experiment with the kiln anymore. However, this process undoubtedly helped to tune my mind for the second part of my work: paintings. With a deep respect for the natural materials given by our earth, all the pigments and paper I have used are prepared by hand. The paintings are an attempt to visualize the spirit of nature and the convergence of polarities in space-time; a dance between heaven and earth, between the ideal and the material worlds, told through the symbolism of the Andean cross, Chakana, as an underlying geometry pattern and through fabulous myths and stories centered upon birds.

One of the first paintings I was working on when the pandemic started was about an Andean myth called Pachakutik which means the return of the old and new times. This myth, that brings the renewal of time and space every 500 years, is happening nowadays and it is symbolized by the condor and the eagle. These two birds represent the two towns: the town of the eagle is oriented towards the intellectual, the industrial and the energy related to the masculine, often identified with science and technology. The town of the condor is oriented towards the intuitive, creative, sensitive and primarily related to feminine energy. Indigenous peoples from the Andes generally identify with the last path, since they prioritize the heart over the mind and mysticism over rationalism in their cultures. But only when the two towns decide to unite their paths will we see both birds flying together and a time with more light will begin.

To understand Andean cultures, the principle of duality must be taken into consideration. In Kichwa language, it is called Yanantin, which acts as a philosophy for life and honours the concept of balance between opposites, feminine/masculine, day/night, sun/moon, pattern/matter and exterior/interior, archetype/form. Even the highest principle of creation, Wiraqocha, is often represented by a cosmic oval egg, composed of the male and female polarities.

The duality of the world above (hanaq pacha) inhabited by divinities, and the world below (ukhu pacha) inhabited by the fertility goddess and the supay, demons or powers, make possible the existence of our world (kay pacha), where we can experience both worlds. The co-existing, parallel worlds are able to communicate with each other through springs, mountains, caves, rainbows and through the centre of the Chakana, a squared cross symbol at least 3000 years old.

This principle of duality is also demonstrated within the Chakana, which was born from the Crux constellation or Southern Cross. This is an emblematic constellation of the southern hemisphere as it marks with great accuracy the direction of the south celestial pole. In Kichwa, chaka means bridge, union and na means instrument, so it is more than just an emblem: this cross has been a tool which holds and then reveals the imagery that reflects and informs the political, social and spiritual principles which order the life of Andean peoples. It appears in engravings, on stones and ceramics, etched into metalwork, and woven into the textiles and embroidery of many pre-Columbian cultures including those of the Valdivia, Chavín, Chorrera, Cañari and Inca peoples.

Captivated by the magical worlds of stories and myths told by grandparents, G. Amaranta Peña Carrasco tries to express them through watercolour paintings or sounds of ceramic musical instruments. Born in 1986 and completed a bachelor´s degree in Applied Anthropology in 2015 at the Salesiana University in Quito. Her interests in holistic well-being and liberal arts education lead her to explore the fine arts and crafts of different cultures. Her artwork is inspired by the natural world and wildlife in her native country, Ecuador.