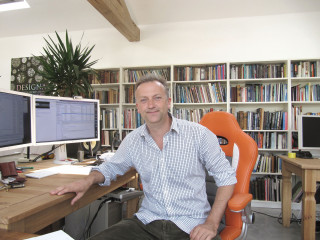 John had graduated in Philosophy from Bristol University and spent a few years in the early computer games industry before he completed an MA at the School of Traditional Arts.

His MA project focused on geometry and harmony in the solar system and formed the basis for his Book of Coincidence, which he published under Wooden Books, an imprint he set up and developed with other School alumni and friends.

Wooden Books specialises in age-old themes such as those he studied at the School. It now boasts a list of more than 60 titles, with 2.5 million printed copies in 25 languages. Wooden Books won Best Non-Fiction Series at the 2007 New York Book Show.