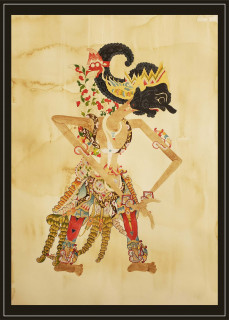 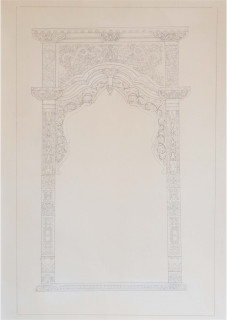 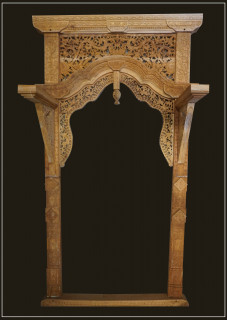 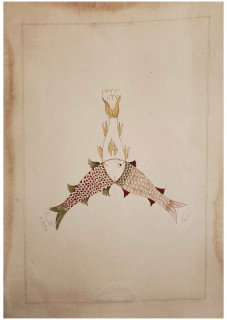 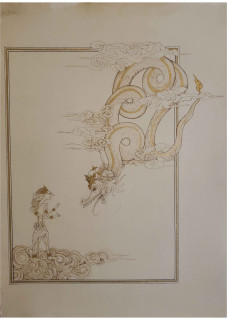 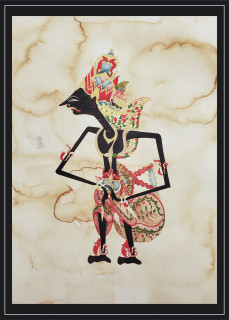 For my final project, I decided to explore the unique characteristics of Javanese art. Java is the fourth largest island of Indonesia and is rich in diverse cultures, traditions and religions. During the 9th century, a lot of Javanese art portrayed strong Hindu-Buddhist elements such as temples and shrines. On these temples a range of mythical creatures was often carved in - a few examples include the sea creature Makara, Kala the Hindu deity, Naga the serpent and Garuda the majestic bird. These symbols in traditional Javanese art are evidence that innate consciousness of something beyond earthly existence is present, which motivates men to follow the principles of life that are specific to Javanese culture. To honour the admiration and gratitude that Javanese people have for these figures, they have built numerous millennia-old temples and shrines. The Hindu-Buddhist teachings formed the peoples’ contemplative thought about existence and the True Reality. This is a key principle in Javanese culture, in which it is believed that the physical world is just life’s journey before the true reality, death. The word Java means “descendents of Gods”, the word originates from Sanskrit. Guided by the beautiful nature in their lives, master builders and sculptors take inspiration from their surroundings to give the temples a spiritual purpose, with ornaments that emphasise the majesty of both God and their native environment. They made sculptures of the Supreme Being depicted through His many qualities. Though not innately talented, it was ritual for the craftsmen to call upon the gods through meditation, which gave them a newfound sense of artistry they could apply to physically manifest these holy works. The result was impressive art that perfectly harmonised with its natural environment, such as Prambanan temple.

To give a broad image of Javanese craft, these are a few examples of some arts.Batik is the traditional clothing and the order of nature may be said to be written on it. It is a technique of wax-resist dyeing applied to the whole cloth, then it is either decorated by drawing dots and lines using the heated liquid wax-resist with a spouted tool (tjanting) or a copper stamp. These create repetitive patterns that have symbolic meanings of power, longevity and hierarchy .

The colourful wayang kulit is a shadow puppet, its shadow is cast on a white cloth and used to tell stories. They have an important role in Javanese history as

they were made to originally tell the famous stories of the Ramayana and Mahabharata from Hindu tradition.

Seni Ngukir is a traditional wood carving, often seen in Javanese houses. The carvings are of the same figures seen in temples, so they have a symbolic meaning. All of them express the beauty of their natural surroundings and the beauty of the Absolute. To summarise, these three crafts are connected as body(batik), soul(wood carving) and mind(puppets) as an everyday reminder that all human existence belongs to God.

The arrival of Islam in Java during the 11th century saw a gradual change of motifs used, from animalistic shapes to elements of flora. Muslims believe that there should be no figurative element depicted in art. 11th-century Islamic ornaments seem to be conceptual and intellectual while contemporary ones are emotional, expressing ideas of beauty and aesthetic concepts to communicate Muslim thoughts that reflect the mindset of modernity. Through the belief “God alone is the Creator”, a way of expression was created through ornaments using floral, geometric and epigraphic motifs that were not only for beauty but also possessed significant meaning.

In my MA project, I decided to explore the unique characteristics of Javanese woodcarving, in particular the Gebyok - a door, or a partition. The Gebyok, traditionally known as an essential aspect of Javanese architecture, served not only for aesthetic and functional purposes, but also portrayed the social status of the building’s inhabitants.

In October 2019, I travelled to Jakarta, Indonesia, to work on my project where I was able to study and work with several experienced woodcarvers. There I studied the traditional technique of woodcarving and began to understand Javanese ornamentation. My main goal is to incorporate both the Hindu-Buddhist ornaments and Islamic scrolls on the Gebyok.

The material that I chose for my Gebyok is mahogany wood. I chose mahogany because it symbolises strength and protection, which are important values in my culture. In addition, I want to keep the craft alive and pass it onto the coming generations.

I was born in 1989 in Singapore and currently based in Indonesia. I am in a quest of discovering my roots that could possibly be in Java, Indonesia. After coming to Indonesia and studying Islam, I began to gain a better understanding of art based on philosophia perennis and tasawwuf, or Islamic mysticism, in particular.

I am mainly working with natural pigments, watercolour and woodwork, exploring the unique and artistic dimensions of Javanese art in Indonesia.