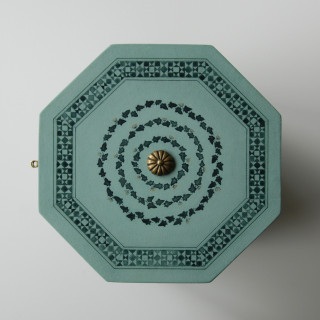 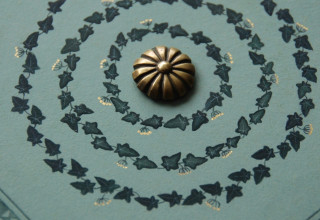 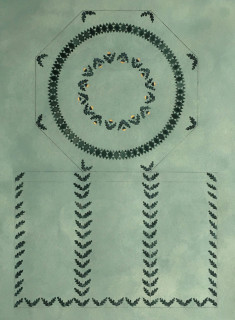 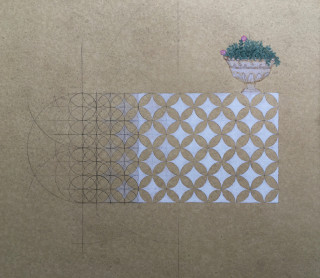 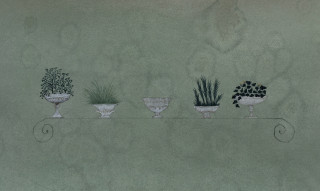 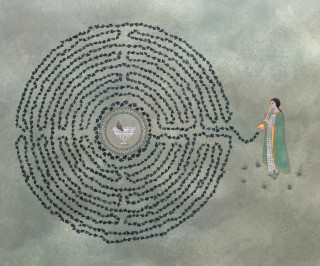 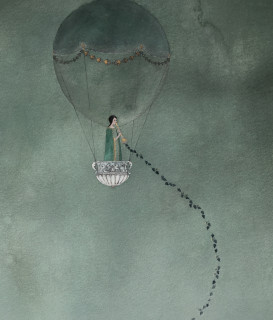 Tune of Her Affection

Viaggio in Italia (Journey to Italy) 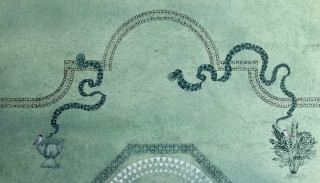 The heart, an enclosed garden and a funerary box, tenderly contain within them what is precious and loved.

For centuries, across Europe, earthly remains of saints were encased within embellished reliquaries. It is their silent solemnity and sheltering qualities, as well as their intricate decorations, which have inspired me to the making of funerary boxes. With the lock-down, the process of their development was hindered, but the confinement brought to surface a second strand to my work, that of the painted poetic stories. European traditional songs and poems were the seeds from which I grew my images.

The notion of containing is key to all my work. A heart becomes a reliquary if a ceased affection is still held dear, as tells the Breton lai Laüstic by Marie de France. The augellin, a little songbird from Italian traditional songs and from the 16th century poem Quell'augellin che canta by Giovanni Battista Guarini, has taken on the male character in my paintings, he is the beloved. An image from the 14th century Tuscan poem Carmina Regia inspired the female character. Medieval Italian manuscripts and herbals influenced my manner of painting.

Visualised poetry utilises potency of the symbolic language as does its literary sister. The ivy plant, for its clinging quality, signifies fidelity of attachment. In my paintings, it encapsulates an affection; whilst woven into an encompassing pattern on the funerary box, it alludes to the garden of eternity. A fountain basin or a bird bath, enclosed within a pattern or a garden, are there to give the viewer a moment of private repose and aesthetic pleasure.

My work is rooted in the European tradition: from visual and literary inspirations, to the origin of my materials. During a journey to Orvieto, Italy, I collected geometric patterns on the basis of which I grew my own embellishments. The plant forms woven into these patterns were inspired by specimens found on the same journey and in medieval herbals.

Natural materials have an inherent beauty, vitality and nobility as well as a rich heritage. I am honoured and find myself privileged being able to use them. Producing some of the pigments myself taught me a greater respect for my resources.

The funerary boxes and paintings come together to tell stories about our common existence - one tells of love, with its array of experiences, the other, of death and the hopes for life eternal. The two strands of my work formed a symbiosis and developed in an organic process, sharing materials, the manner of painting, the egg tempera medium, symbolisms and their embellishing patterns.

Patterns are as free as birds. They journey with their beauty and take nest where they choose. The little bird brings the pattern of its song to the heavenly garden, the garden of affection and our earthly garden. I wish my works to be as if from a song of the fragile augellin.

My early years in post-war, communist Poland were overshadowed by the bleak circumstances, which gave me a thirst for beauty and silence. When later I came across Polish traditional singing, its truth and finesse left me spellbound and convinced of the potency and wealth of tradition. It lead my quest to make contemporary visual art rooted in European tradition. This meandering path took me to the PFSTA. My painted poetic stories weave together literary inspirations with images from medieval manuscripts. The funerary boxes were inspired by reliquaries. I infuse my work with symbolisms of plants and with patterns found across Europe. I render my stories in natural materials, honoured to use them for their inherent beauty and nobility.