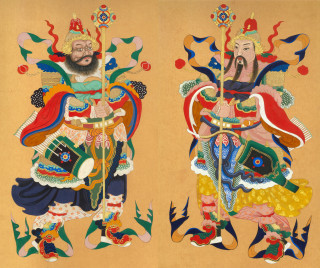 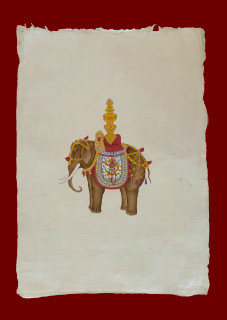 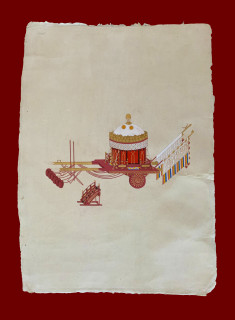 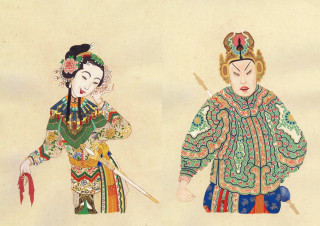 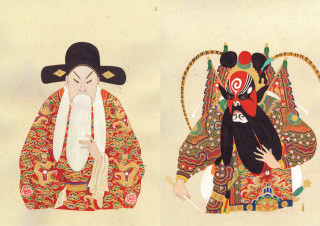 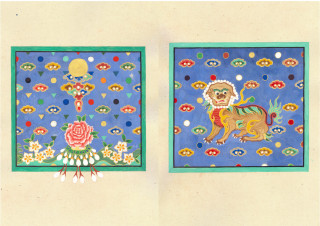 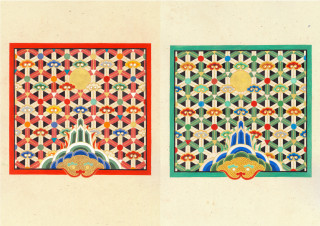 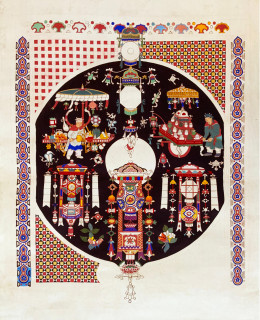 Spring Festival has always been the most important festival for Chinese people. Today, it has a history of more than 4000 years. It means the beginning of New Year. People bid farewell to the past, greet New Year's Day, and people feel their lives are full of vitality and hope. In ancient China, the process of ceremony in Forbidden City was complicated but interesting. Rituals in folk culture are simpler but there are also customs that should be observed. I believe that exploring traditional Chinese New Year process will give me a deeper understanding of my own cultural background.

There are four parts in my paintings. The first is Door God (the Guardians). People paste pictures of Door God on their doors to avoid bad luck and pray for safety. Legends say that an emperor in ancient China was harassed by demons. Two generals, whose names are Qinqiong(秦琼) and Yuchigong(尉迟恭), drove out the demons so the emperor was able to fall asleep. After that, not only the emperor, but also the civilians started to paste pictures of these two generals on their doors wishing the pictures could protect them.

The second part of my paintings is about the morning rite. It happens on the first day of Spring Festival, the emperor and his officers gather in the Forbidden City and hold a solemn rite to wish good weather for harvest and peace for the whole country. At the ceremony, the emperor will display large amount of objects to show the flourish of the ceremony and his majesty. Three kinds of elephants and five kinds of imperial chariots are included in the display.

The fourth part is about Beijing Opera. Watching Beijing Opera is one of the most popular activities in Forbidden City during Spring Festival. I chose a famous story ‘Delicate Jade’ and looked into the figures as well as the costume they were wearing and the characters the roles have.

I chose four parts in my project to show some scenes happened during Spring Festival in Forbidden City. I used painting skills and natural pigments I knew from first year for all my paintings, it is a very meaningful attempt for me. Two-year study in PFSTA is a turning point in my life and I believe I will keep working on traditional art and carry on this journey.

Zuo Dan was born in China in 1993. She started her traditional art journey from 2017. She joined the Dunhuang Talent Training Program of National Art Fund and restored caisson ceiling in No.390 cave. After this experience she got great interest in Chinese traditional art and continued to study in PFSTA. Spring Festival in the Forbidden City on the second year of PFSTA is a new project for her. She used natural pigments, 24ct gold and painting skills she knew from first year for all the paintings. It was a meaningful attempt for her and she achieved a deeper understanding on her own culture background.