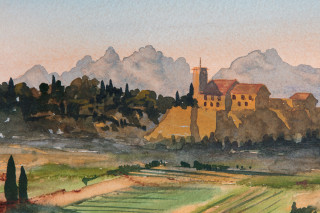 The exhibition has opened at The Garrison Chapel at Chelsea Barracks in Belgravia, London, the charity’s exhibition space dedicated to telling the story and conveying the focus of The Prince’s Foundation, which hosts the significant collection of the work of The Prince until 14 February 2022.

The exhibition contains spaces dedicated to many geographic areas, such as Scottish mountains and the East African country of Tanzania, which is understood to be one of The Prince’s favourite places to paint. A section on France features predominantly scenes from the Provence region.

An exhibition at Hampton Court Palace in 1998, held to mark The Prince’s 50th birthday, displayed 50 of his watercolours, while The National Gallery of Australia’s exhibition in 2018 to celebrate another landmark HRH birthday showed 30 pieces.

Rosie Alderton, curating the exhibition for The Prince’s Foundation, said: "His Royal Highness has said before that he likes to sit in the actual environment and paint en plein air, and that, for him, taking a photograph doesn’t have the same feel as a painting. His passion for creating beautiful art is conveyed strongly in this exhibition. We’re very much looking forward to presenting this special collection to the public from November and into the new year.”

In a display panel for the exhibition, His Royal Highness writes: “I took up painting entirely because I found photography less than satisfying. Quite simply, I experienced an overwhelming urge to express what I saw through the medium of watercolour and to convey that almost ‘inner’ sense of texture which is impossible to achieve via photography. I very quickly discovered how incredibly difficult it is to paint well in such a spontaneous medium, and the feeling of frustration at not being able to achieve on paper the image that your eye has presented you with is intense!

“Looking back now at those first sketches I did, I am appalled by how bad they are. But, nevertheless, the great thing about painting is that you are making your own individual interpretation of whatever view you have chosen. Because it obliges you to sit down and make a careful observation of the selected subject, you discover so much more about it than by just pointing a camera and arriving at a result which is probably almost identical to somebody else’s photograph. As a result, you become increasingly aware of things that may have escaped your attention previously – things like the quality of light and shade, of tone and texture and of the shape of buildings in relation to the landscape. It all requires the most intense concentration and, consequently, is one of the most relaxing and therapeutic exercises I know. In fact, in my case, I find it transports me into another dimension which, quite literally, refreshes parts of the soul which other activities can’t reach…

“I am under no illusion that my sketches represent great art or a burgeoning talent! They represent, more than anything else, my particular form of ‘photograph album’ and, as such, mean a great deal to me.” 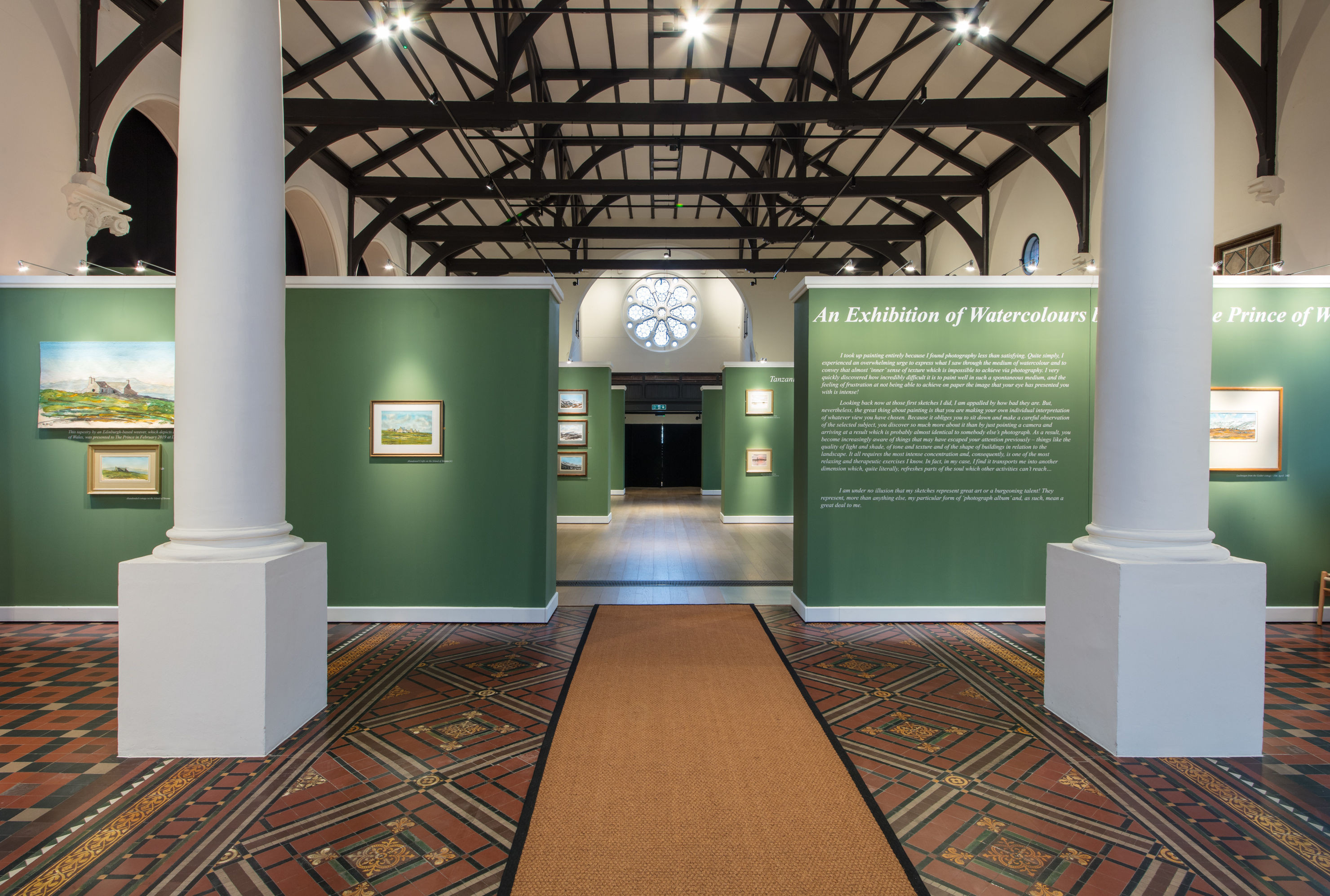 Taking pride of place among His Royal Highness’s paintings will be Ben Hymers’ painstakingly created woven interpretation of Abandoned Cottage on the Isle of Stroma. The tapestry was presented to The Prince at Dumfries House in 2019 and is now on display at The Castle of Mey.

Ben, from Otley, took eight months to complete the complex interpretation at Dovecot Studios in Edinburgh after loaning The Prince’s original watercolour from Clarence House.

He said: “You don’t want a slavish copy of the watercolour, as that’s like translating a novel through an online tool; you don’t capture the essence. Instead, I wanted to accurately show the techniques used by The Prince in a tapestry, to represent the idea of the layers of colour he used and the quick strokes he applied.

“The whole point of this piece of work is to showcase tapestry as a contemporary art form and to show that it still has impact. If, by being viewed by visitors to The Castle of Mey, it sparks someone’s imagination or encourages them to weave, that’s great.”

The tapestry consists of hundreds of different colours of yarn, and the tips of the cottage chimneys are made of undyed natural wool from Welsh Lleyn sheep, a breed that The Prince has on his Highgrove estate in Gloucestershire.

The gallery is open seven days a week from 11am – 4pm apart from on 25th January and 31st January – 4th February. Entry is free and you do not need to book tickets in advance.