Inside a simple parish church in the small Northamptonshire village of Warkton, you will find not just one but four stunning world-class monuments. Made to commemorate four members of the Montagu family from nearby Boughton House, Kettering, they are deemed to be one of the finest and most important sets of funerary monuments in the country. Two were created by Louis Francois Roubiliac, one of the greatest sculptors working in 18th Century England, in memoriam to John, 2nd Duke of Montagu, who died in 1749, aged 58, and his wife, Lady Mary Churchill, Duchess of Montagu, deceased two years later, aged 61.

Placed along the chancel of St Edmund’s Church, you can see the skill and brilliance of the artists who depicted such intricacies as angel feathers, silk folds or fur, and many symbolic and charming details in marble that had been hidden after decades of decay. Pollution from the sooty Church heaters and high humidity had ravaged the sculptures and made one structurally unsound. But since 2012 a major £489,000 conservation project, managed by The Prince’s Foundation and led by St Edmund’s Parochial Church Council and the Buccleuch Living Heritage Trust, has restored them.

From 2014-15, partly funded by a £318,000 grant from the Heritage Lottery Fund (HLF), specialist stone conservators Skillington Workshop Ltd have expertly cleaned and repaired the monuments to their former brilliance. Using a method known as poulticing, the pollution covering the surfaces has been thoroughly removed so the Montagu Monuments are now gleaming again, and in their best condition since first installed.

At the same time, the Prince’s Foundation appointed an Outreach and Learning Officer to lead a programme of activities promoting the Montagu Monuments in the wider community. A team of volunteer tour guides have also been trained to help unlock the mysteries of the monuments. If you are interested in getting involved and sharing the fascinating history, please contact Anne-Marie Sandos, Montagu Monuments Learning and Outreach Officer, Boughton House, Kettering NN14 1BJ.

When the Prince's Foundation was involved in this project, it was known as The Prince's Regeneration Trust 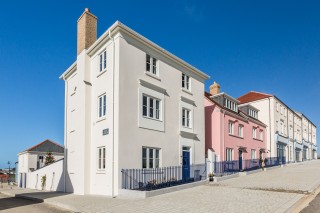 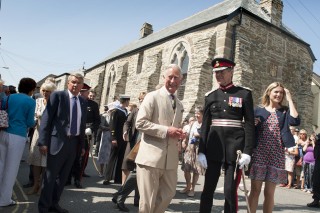